Keep it ON – Have you visited the Training Area?

There are new ways to keep healthy, active and positive while living with Parkinson’s. Launched for the first time in April, the Training Area is a feature on the Keep It ON website, that features a specialised compilation of resources that is a step forward towards the empowerment of patients. The content for this Training Area is related to “exercise”, “nutrition”, “voice” and “cognition” and has been developed in partnership with European Parkinson's Disease Association (EPDA), as well as experts in these areas. The resources produced have been published the last months on the Keep It ON website, where they can be viewed, free of charge, in your preferred language (Portuguese, Spanish, German or English). Visit now the new contents here: https://www.bial-keepiton.com/training-area/ #KeepItOn #BialParkinson 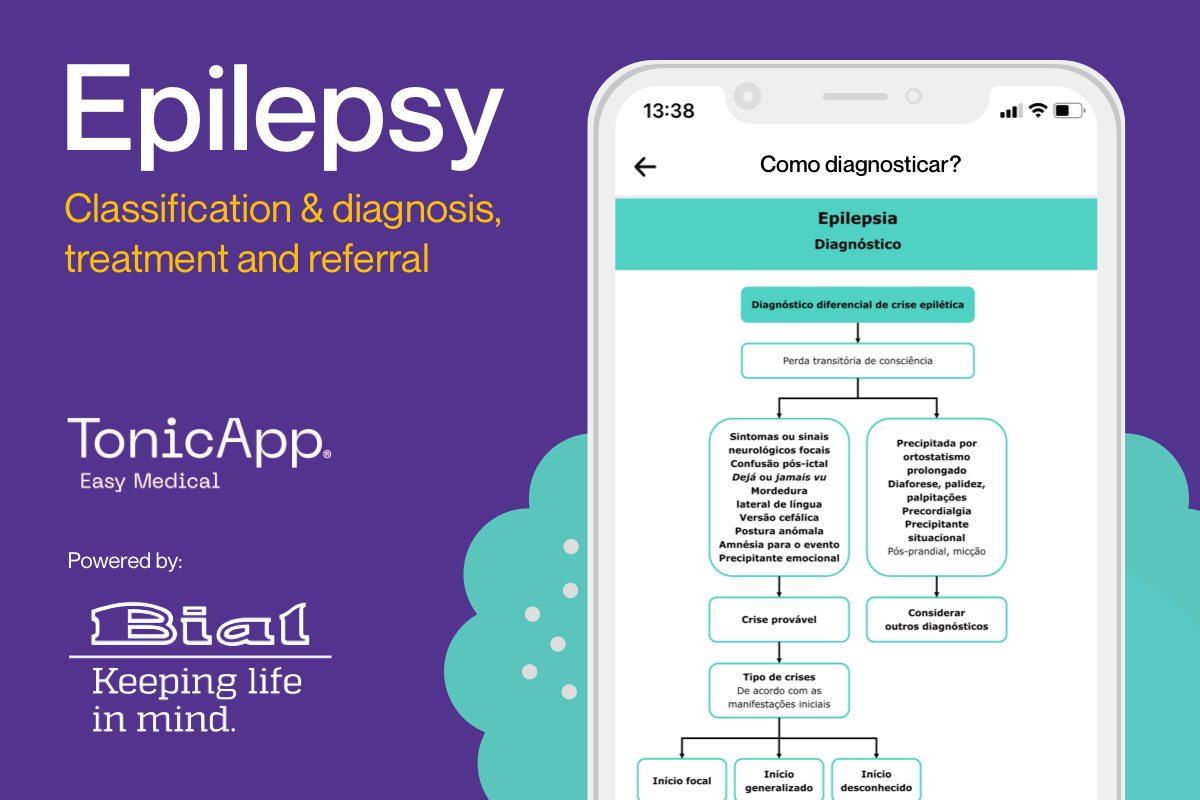 In May, following our long-lasting commitment to epilepsy in Portugal, we’ve started a partnership with Tonic App, an app designed by physicians and for physicians to provide new digital resources focused on this and other pathologies for all Portuguese medical doctors. Now, three new medical algorithms were made available in the app - Classification & diagnosis, Treatment and Referral – that will provide physicians with new tools for clinical practice in epilepsy. These resources were developed by Dr. Cláudia Lima, Neurology resident at Centro Hospitalar e Universitário de Coimbra. If you are a medical doctor, download the app on your phone by searching “Tonic App” in the App Store or Google Play, or download it directly through this link.

BIAL today announced the appointment of Joerg Holenz as R&D General Manager, a role that he will assume alongside that of member of the Board of Directors. 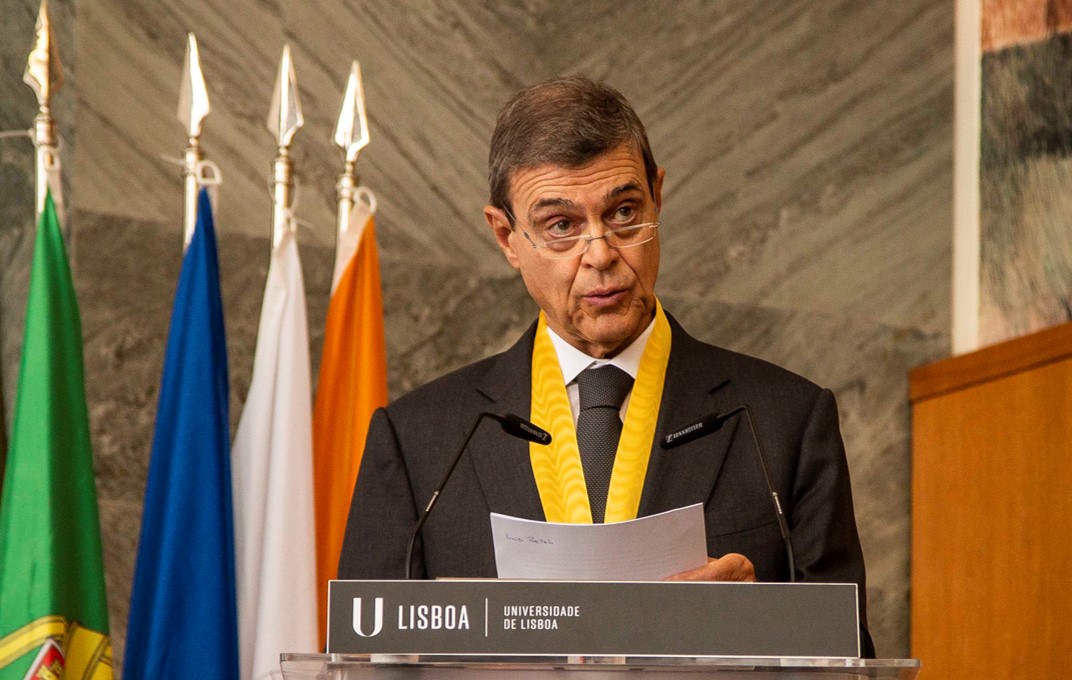 The Chairman of the BIAL Foundation, Luís Portela, was distinguished with the degree of Doctor Honoris Causa, awarded by the University of Lisbon, under a proposal from the Faculty of Medicine. The ceremony took place at the Rectory of the University of Lisbon and can be watched on the University’s Youtube. The distinction comes as recognition of Luís Portela's role as a promoter of health, science, research and philanthropy in Portugal, with an impact on the entire academic community and, inherently, on society. The degree of Doctor Honoris Causa is awarded to eminent personalities who have distinguished themselves in academic, scientific, professional, cultural, artistic, civic or political activity, or who have rendered high service to the University, the Country or humanity. “It was with great satisfaction that I received the news that the University of Lisbon had decided to distinguish me with the Honoris Causa doctorate. It is with great honour that I am here today, but also with a deep feeling of gratitude”, declared Luís Portela. With a degree in Medicine from the University of Porto, in 1979 Luís Portela left his medical and university career to assume the presidency of BIAL, leading its transformation into an innovative international pharmaceutical company with the launch of the first drugs of Portuguese research: an antiepileptic and an antiparkinsonian. In 2011, he passed the Executive Presidency to his eldest son, António Portela, taking over as Chairman. This year, Luís Portela retired from his professional life to dedicate himself to the BIAL Foundation, his books and his family. To his business skills, Luís Portela adds a set of philanthropic and support to science, activities namely through the BIAL Foundation, a patronage institution, created in 1994 in conjunction with the Council of Rectors of Portuguese Universities, with the mission of fostering the scientific study of the human being from both the physical and spiritual perspectives. This distinction is added to the numerous awards and honours that the Chairman of the BIAL Foundation has received throughout his career, among which the Honoris Causa Doctorates by the Faculty of Medicine of Cádiz, Spain, by the University of Porto and by the Faculty of Pharmacy of the University of Coimbra. 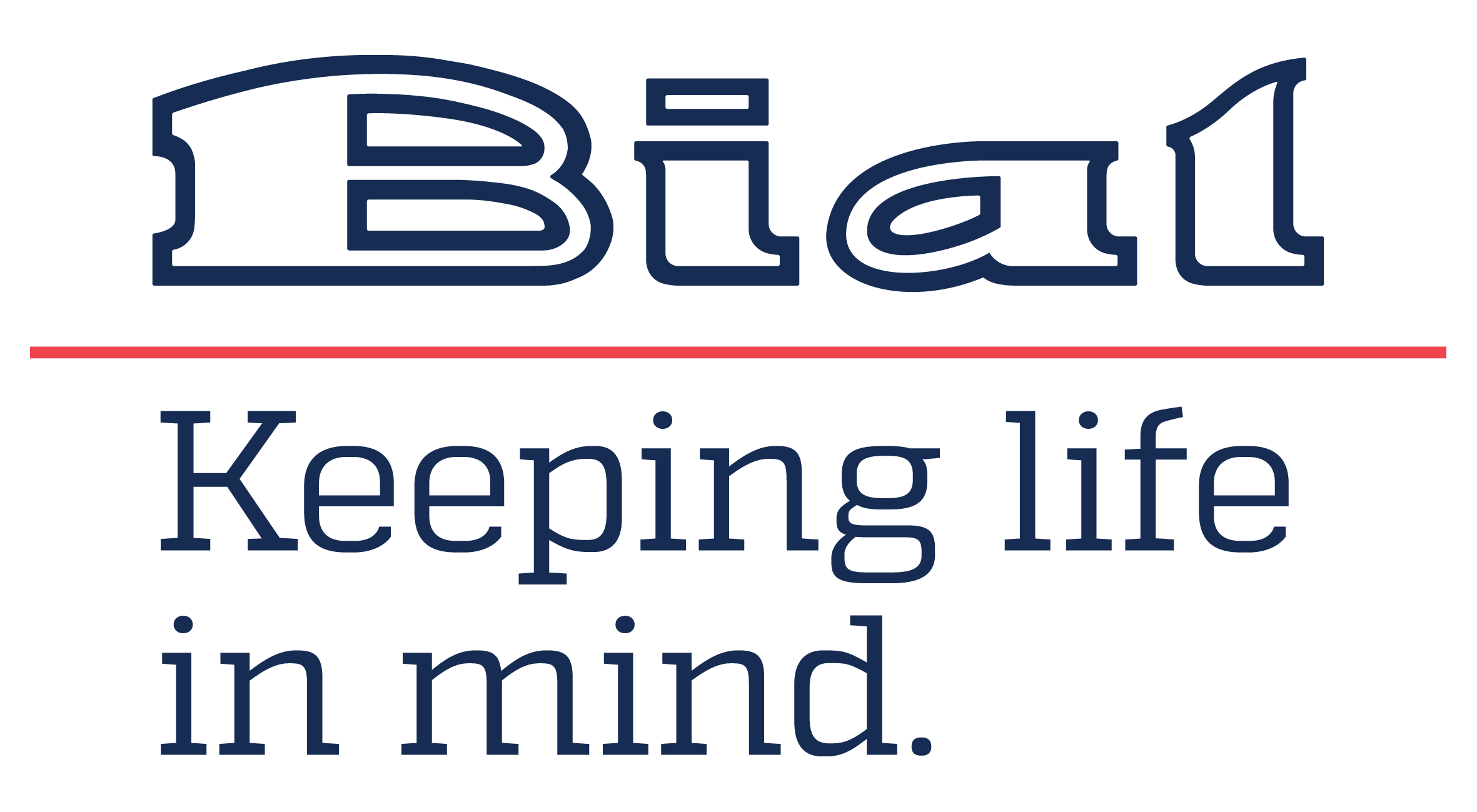 BIAL today announced that it has entered into an agreement with Sunovion Pharmaceuticals Inc. (Sunovion) whereby BIAL received exclusive commercial license rights to commercialize apomorphine sublingual film in the European Union (EU), the European Economic Area (EEA) and the United Kingdom. Apomorphine sublingual film (APL-130277) is a novel thin film formulation of apomorphine that dissolves under the tongue for the acute, intermittent treatment of OFF episodes in patients with Parkinson’s disease (PD). APL-130277 is currently in Phase 3 clinical development in Europe. Under the terms of the agreement, BIAL will be responsible for regulatory approvals and submissions, including interactions with the European Medicines Agency (EMA). BIAL expects to submit a European marketing authorization application for apomorphine sublingual film by the end of 2021.

BIAL and Medis, d.o.o. announce that they have entered an exclusive partnership on two BIAL's proprietary drugs: eslicarbazepine acetate and opicapone. The established partnership comprises an exclusive distribution agreement for eslicarbazepine acetate in the Czech Republic and Slovakia and an exclusive distribution agreement for opicapone in 12 CEE countries (Bosnia and Herzegovina, Bulgaria, Croatia, the Czech Republic, Estonia, Hungary, Latvia, Lithuania, North Macedonia, Serbia, Slovakia, and Slovenia.) “We are pleased to have Medis as our new partner. We believe this partnership is another important step for the extensive commercialisation of our innovative medicines. Medis shares our long-term vision and we look forward to bringing these important treatment options to patients in the CEE region,” said António Portela, Chief Executive Officer of BIAL. 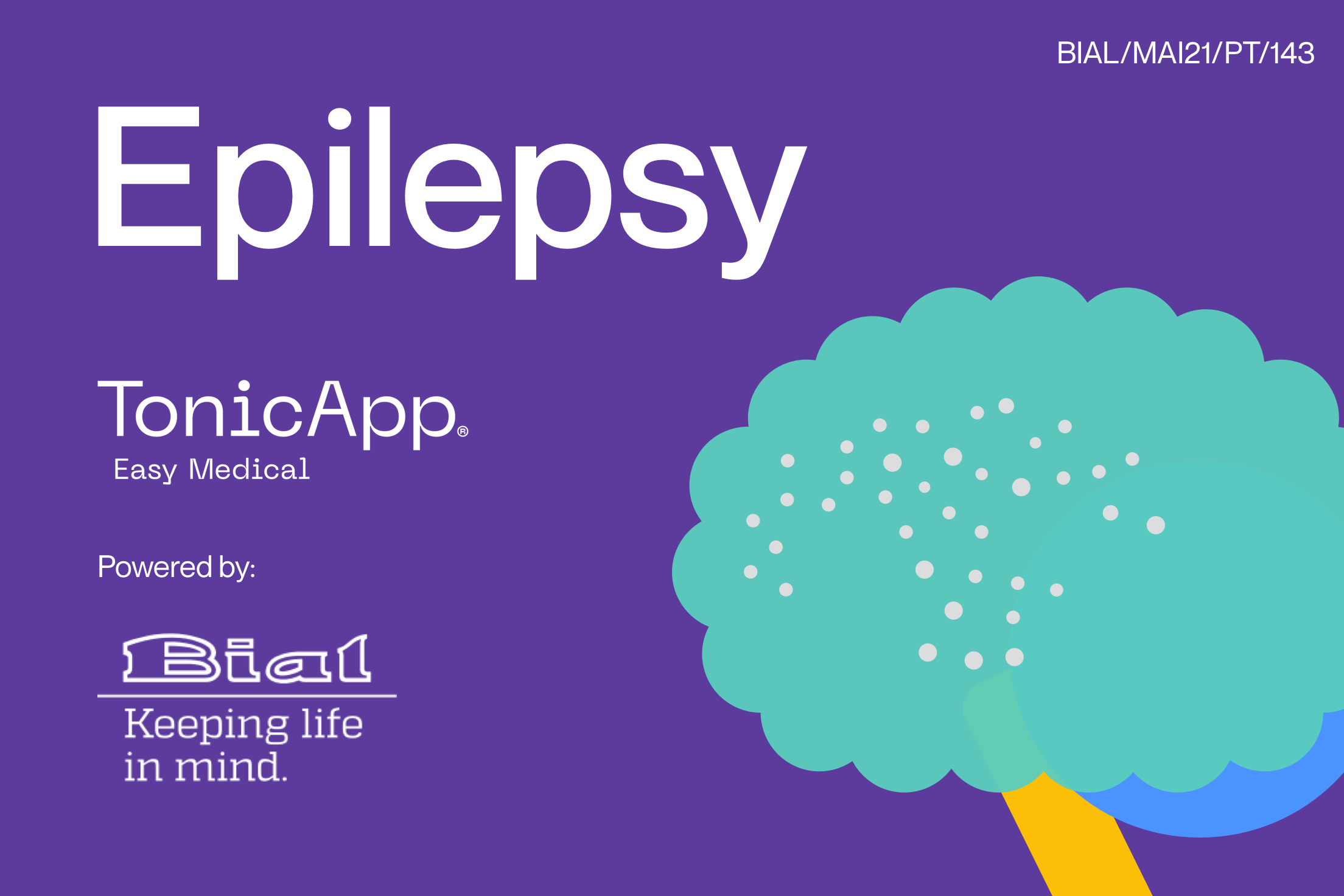 For over 10 years, BIAL has been dedicated to epilepsy in Portugal. Because each update, each debate and every share count for the people living with this pathology, we stand by all healthcare professionals dedicated to them. This year, BIAL starts a partnership with Tonic App, a digital health company building a professional ecosystem for physicians which soon will have new digital resources focused on epilepsy for all Portuguese medical doctors. These resources will be integrated in the medical app Tonic App designed by doctors and for doctors to help them in the diagnosis and treatment of many pathologies. This app curates in a single platform professional resources from peers, publishers, regulatory bodies, recruiters, providers and industry. Tonic App resources include medical calculators and algorithms, clinical diagnostic and treatment trees, medical jobs, medical news and others. If you are a medical doctor, download the app on your phone by searching “Tonic App” in the App Store or Play, or download it directly through this link. 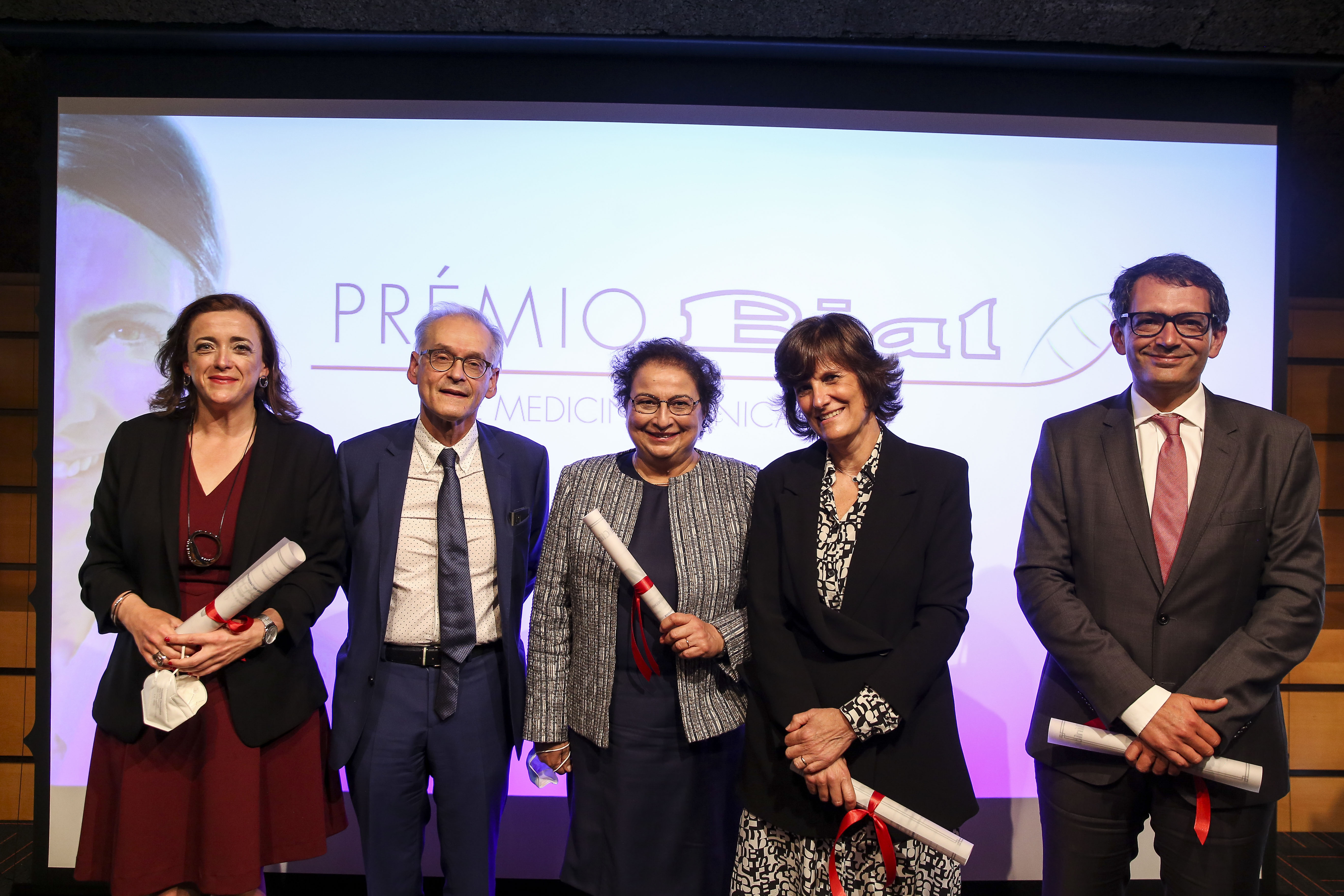 BIAL FOUNDATION DISTINGUISHES WORK ON FAMILIAL AMYLOID POLYNEUROPATHY WITH 100 THOUSAND EUROS PRIZE The “Prémio BIAL de Medicina Clínica 2020” has distinguished a team coordinated by Teresa Coelho, Director of the Neurophysiology Department at the Academic Medical Centre of Porto, for the work “A Paramiloidose em Portugal e no mundo: de doença fatal a doença crónica com qualidade de vida preservada” (Paramyloidosis in Portugal and the world: from fatal disease to chronic disease with preserved quality of life). 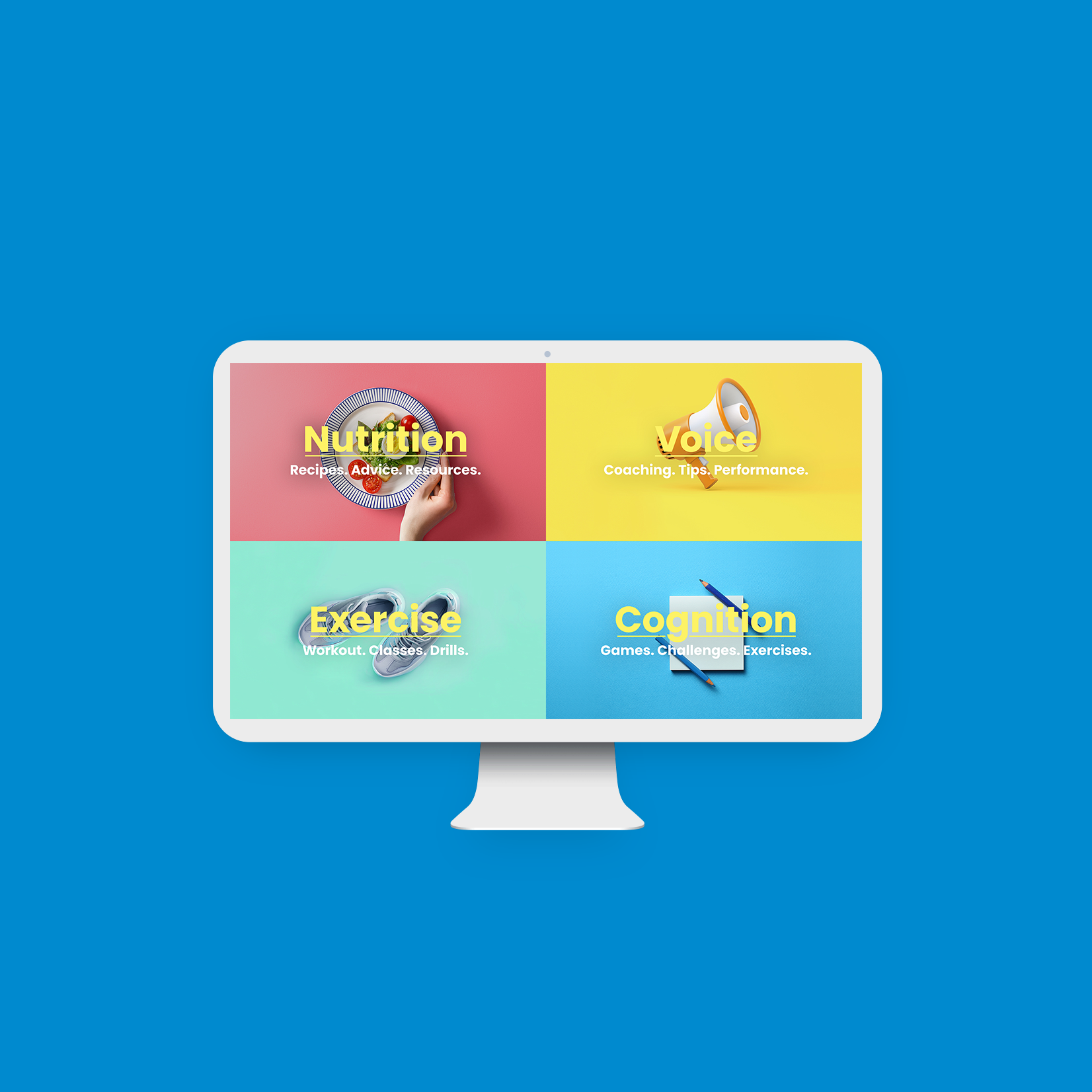 To commemorate World Parkinson’s Day, BIAL is launching a new feature on their Keep It ON website, a Training Area. This new area has been created with Parkinson’s patients in mind, so they can keep active and healthy during these challenging times. The content for this Training Area has been developed in partnership with European Parkinson's Disease Association (EPDA), as well as experts in nutrition, voice and cognition. The resources produced will be published the coming months on the Keep It ON website, where they can be viewed, free of charge, in your preferred language (portuguese, spanish, german or english). For the launch of this initiative, we will publish content related to “exercise” and “nutrition”, followed by “voice” and “cognition” resources. We believe that a specialized version of these themes, one that encompasses the challenges posed by Parkinson’s, is a step forward, towards the empowerment of patients. For more information on this international initiative and content please visit Keep It ON.