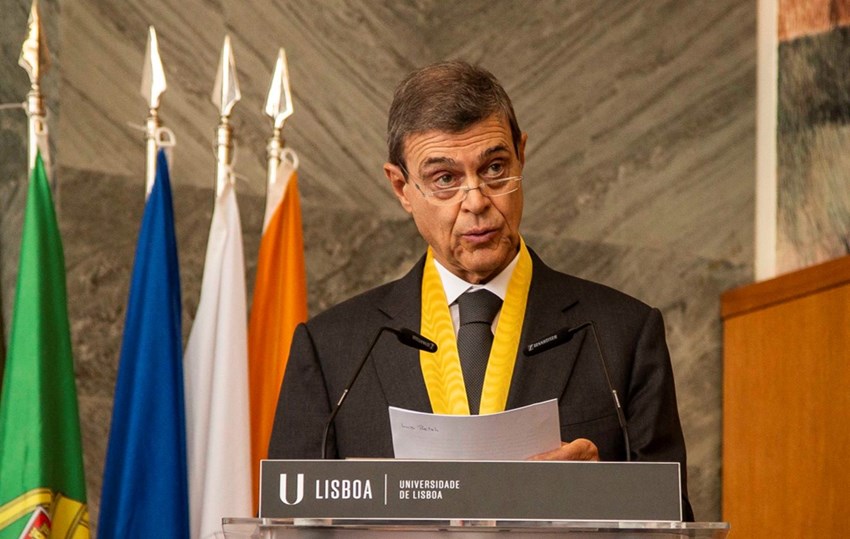 The Chairman of the BIAL Foundation, Luís Portela, was distinguished with the degree of Doctor Honoris Causa, awarded by the University of Lisbon, under a proposal from the Faculty of Medicine.

The distinction comes as recognition of Luís Portela's role as a promoter of health, science, research and philanthropy in Portugal, with an impact on the entire academic community and, inherently, on society.

The degree of Doctor Honoris Causa is awarded to eminent personalities who have distinguished themselves in academic, scientific, professional, cultural, artistic, civic or political activity, or who have rendered high service to the University, the Country or humanity.

“It was with great satisfaction that I received the news that the University of Lisbon had decided to distinguish me with the Honoris Causa doctorate. It is with great honour that I am here today, but also with a deep feeling of gratitude”, declared Luís Portela.

With a degree in Medicine from the University of Porto, in 1979 Luís Portela left his medical and university career to assume the presidency of BIAL, leading its transformation into an innovative international pharmaceutical company with the launch of the first drugs of Portuguese research: an antiepileptic and an antiparkinsonian. In 2011, he passed the Executive Presidency to his eldest son, António Portela, taking over as Chairman. This year, Luís Portela retired from his professional life to dedicate himself to the BIAL Foundation, his books and his family.

To his business skills, Luís Portela adds a set of philanthropic and support to science, activities namely through the BIAL Foundation, a patronage institution, created in 1994 in conjunction with the Council of Rectors of Portuguese Universities, with the mission of fostering the scientific study of the human being from both the physical and spiritual perspectives.